Last year I played softball with our church team.

It was a great time.  Mostly.  I hadn't swung a bat since little league and it took a little adjustment but soon I was into it.  Really into it.  I was the lead-off batter.  My job was to get on base, steal second; steal third if they lost a pitch and stroll into home when the opportunity came.  I managed to steal home once.  Reading a softball is much faster than reading a frisbee but I was soon able to cover my fair share of the outfield.

The problems.  Ego, Pride & Competition.  Some people get very involved in the game and take it very personal when things aren't going right, or are less than gracious when things are going right.  The league had its share of hot-heads.  Our team had a few as well.

There was one game during the regular season where things got heated.  Reminds me of a song - Church League Softball Fistfight by Tim Wilson.  Not a fist fight, not even pushing; but too much battling for a CHURCH league softball team with adults.

Then there was the playoffs.  We were in the B-division which was appropriate and through some fancy math of runs scored vs. given up we edged our way into the B-division finals.  This put us against a very chippy team that just beat the game before.  It isn't that the team was chippy, one player was mouthy and chippy.  Henceforth - Mr. Chippy.

We had a few players return since the first game and it really changed our whole team dynamic.  We were a better team this time.  We played a very clean game and churned our way to a comfortable lead late in the game.  Mr. Chippy ended up grumpy and on second base.  He had a nice swaggerin' way of leading off after pitch (allowed) and slowly strolling back if our shortstop or 2nd-baseman was not covering the bag.  Slowly strolling to the point of delaying the game.  We get it, you're a superstar who can toy with us and pretend like your creaky old bones will carry you to third.  If we covered the bag he was back in plenty of time to not get caught.

Well I was in deep left center and told the right-center to go stand on the 2nd after the pitch.  Mr. Chippy did his usual and our guy scooted onto 2nd unseen by him.  Our catcher did his job with a nice toss back to second for the easiest and most pleasant out of the game.  Mr. Chippy was out due to his own swaggerin' arrogance.  Justice was served.  Mr. Chippy turns to our thirdbaseman and goes off with insults worthy of a middle school bully.  Our guy on 3rd was our potential powederkeg who had behaved the whole game. Somehow the tempers got diffused and everyone went away.

I did enjoy that season.  I look forward to this season and the fellowship that can happen.  We may need to work through some ugly games but bring on the good ones.  It really is great fellowship.


I few lessons (ponderances) that I've gleaned from church softball:
1.  Why does it feel so good when Mr. Chippy gets his come-uppance?  -or-  When the guy in the HOV lane is pulled over driving by himself?  (that used to make me smile when I drove into Pittsburgh)
2.  Why can every church in town pull together that much for a sports league?  Yes it has great fellowship (between teams as well) but little to nothing for service and outreach?
3.  Why can't we pull together this much for other things (worship, concerts, events)?
4.  Why are polyester pants so stinkin' hot?
Posted by dank

Email ThisBlogThis!Share to TwitterShare to FacebookShare to Pinterest
Labels: music 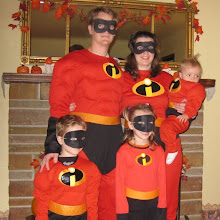